Not every day one of the top champions decides to leave the circuit and the community. Victoria Henk, one of the most successful followers in the world of West Coast Swing, announced that she will gradually become less involved in the scene.

Victoria decided to end her partnership with Ben Morris after over 4 years of common creation. She is also planning to attend fewer events next year. Finishing her studies, she’s taking the opportunity to pursue other passions, and discover new fields of interest.

Victoria Henk‘s WCS competitive career was full of achievements right from the start. In March 2009 she took the 3rd place in the juniors division at High Desert Dance Classic. Funny facts: Chris Dumond took 1st, Hannah Clonch 2nd, and Nicole Clonch 5th on this competition. In May 2010 Victoria took the 2nd place on her first novice J&J final at World Swing Dance Championships when she was only 13.

Progressing quickly through the ranks, Victoria made All-Stars in 2013 and Champions in 2014. She performed her first classic routine at the US Open in 2015 with Ben Morris and placed 2nd. Since then, Victoria and Ben became one of the leading WCS couples in the world. They placed 1st and 2nd on their next US Open classics and taught and performed all over the globe.

The Demanding Life of a Pro

As we all know, life as a WCS pro is extremely demanding. Their weekend is what we, “ordinary” people, consider the middle of our workweek. Moreover, they usually work on their “weekends” as well. They must travel very often, which makes it even harder to have any kind of social life. And that is without mentioning romantic relationships.

To us hobbyists, it might sound like a dream – dancing, teaching, and getting paid for it. But once you make your hobby your career, things are not the same.

Pros are expected to be at the top of their game at all times, and every move they make is being watched, and probably judged.

This lifestyle is not meant for everyone, and surely not for all phases in one’s life.

Victoria and Ben will teach together at a few more events next year, and you have a chance to catch them at Budafest, Swingcouver, Swingtzerland, Rose City Swing, MADjam, Mad Mad West, and D-Townswing.

In addition, Victoria will be teaching on her own at TLV Swingfest.

Victoria has given our dance and community so much in the last couple of years. She’s only 24, and she definitely wants to taste more of what this world has to offer. But just as she wrote, it’s probably (and hopefully) not goodbye forever.

We keep our fingers crossed for you, Victoria, and wish you a meaningful and exciting journey.

And for ourselves, we wish to get you back afterward.

Facebook
Twitter
Pinterest
WhatsApp
Previous articleWhere are you going to celebrate New Year’s Eve?
Next articleKarin and Rolf – now partners on the dance floor as well 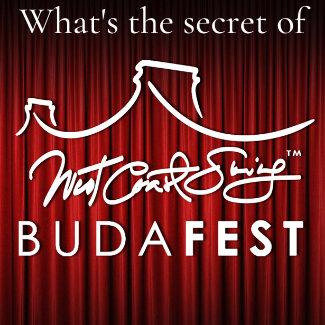